Heaven of greenery covers an area of 52 acres, with mesmerizing floras all around. One of the famous New York Gardens that has about more than 18,000 species and plants. This New York Botanical garden, Brooklyn, was established in 1970, which slowly became famous for garden collections, unique and attractive.

It is famous for the Japanese gardens, the first, foremost Japanese species in an American garden. While moving through the trails of Japanese flowers that end and take you to the Water Garden. The architectural landscaping is described with a wooden bridge, Shinto shrine, and Stone lanterns. Together this area has been the hot spot for not only the American, as an essential educational as New York botanical garden, but Japanese are also huge in numbers to visit the botanical garden, New York.

The history of the Japanese hill starts in 1881; it was started by Takeo Shiota. He was a landscape designer who designed the garden in an area of 3 acres.

Bewildered by the contrast of nature and plants together that was placed on the acres of land. Specifically in New York botanical garden, this section was not only beds of flowers and grasses. You can feel the blend of hills with Japanese flowers and gardens that are pulled gradually towards the path of the stony pond.

But the original layout of the landscape design is unfortunately not seen now. The breaking of fire in 1939 had destroyed the beautiful oasis, which was rebuilt in 1950. A few of the parts of the garden was renovated again in the year 2000. Altogether the garden was restored and redesigned three times.

The lasting beauty of this New York Botanical Garden, which is the Botanical Garden of New York, was recognized as the New York Landmark Conservancy’s in 2001 after redoing garden landscaping in 2000.

The Pond of the Japanese garden also describes the ethnicity of the Japanese atmosphere. Japanese Koi Fish are cultured in the pond, a treat to the eyes for the visitors when they enter the “Tori,” the entrance gate, and while entering the trailing in the garden. 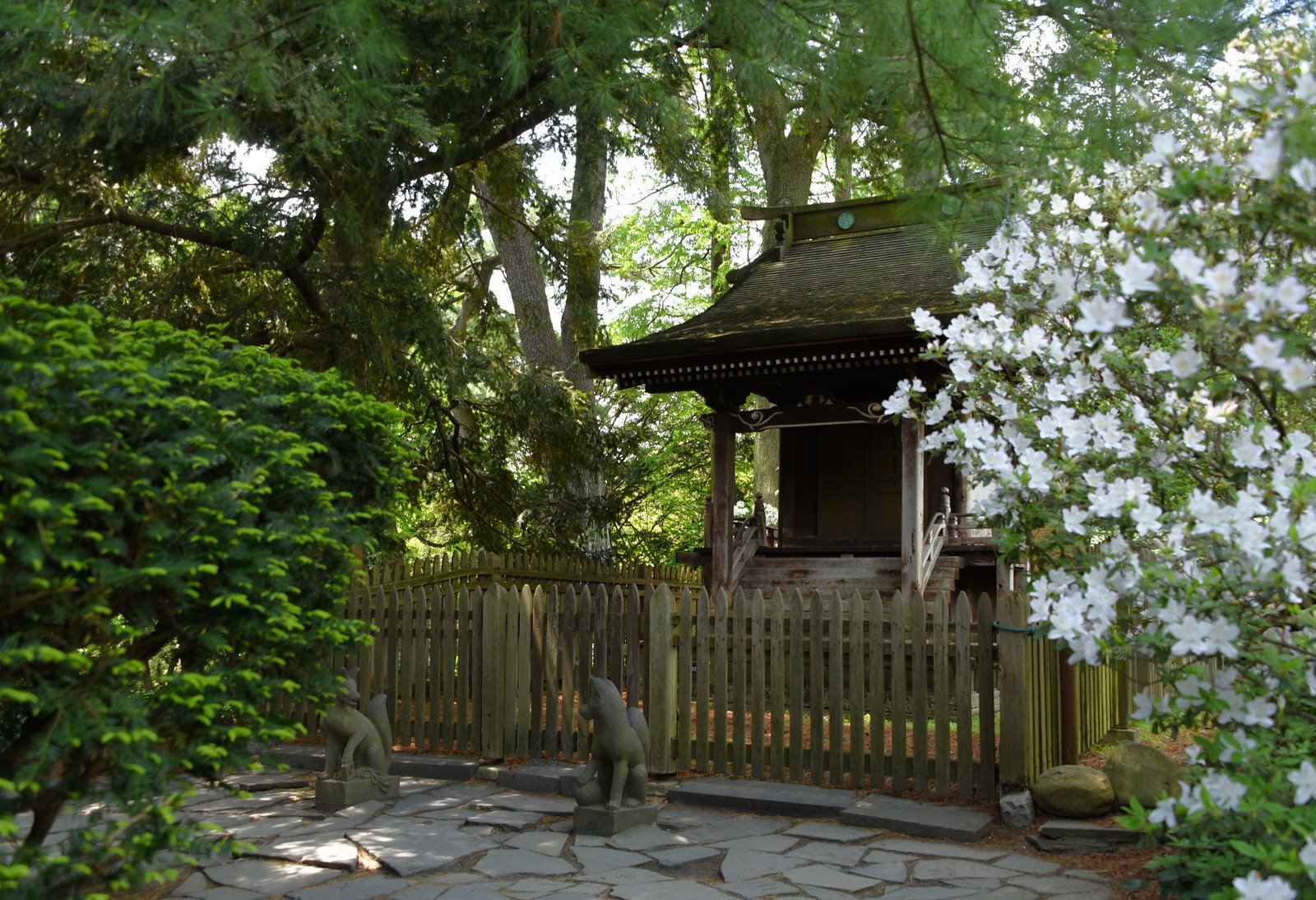 The Shinto shrine resemblances the Japanese architecture, as we observe the roof and the foundation. The Japanese sloped roof with the carved artwork depicted on the foundation and the pillars of the shrine.

It is placed in the 3 acres covered area of Japanese hill and pond. The entire area indicates and develops the culture of Japan in the American city. Standing on the wooden bridge, the wonderful small round mountains and hills are seen covered with seasonal flowers and plants.

The New York Botanical Garden of Brooklyn is open round the year; the large sector of the New York garden has vast, diverse landscaping. But the traditional garden of Japan has snatched the attention of visitors from different parts of the world.

Japanese maples are seen round the year, along with the Azaleas and other green shrubs participate in increasing the greenery of the garden.

Attractions of the arched wooden bridge, shrubs, and trees during the snowfall are stunning as followed by the thick covering of snow.

While in autumn and summer, the pleasant breeze, along with the colorful flowers brightens up the atmosphere. According to the Curator Funk, who studied and did research on the Japanese gardening techniques of this particular New York Garden, Brooklyn said that half of the work is pruning.

“Pruning is a gardening process in which new plants are encouraged to grow by cutting the edges and removing the old dried branches and leaves of shrubs and plants”.

Professionally into architecture and planning, whereas I find interests in writing on different subjects, that I love to share whatever is in observance as well as informative together.

NEW YORK RUSH-HOUR, also called RUSH-HOUR NEW YORK or abbreviated NYRUSH, is a digital media platform and magazine focusing on the culture, food, luxury, fashion, and international outlook, through a New York lens. It delves into in-depth reporting and reviews of cutting-edge lifestyle, the New York fast life, Million dollar real-estate properties, Living & home decor, trending places, the latest top chefs, guides for New York shopping, dining, nightlife, and events, and more. Basically anything dealing with the New York lifestyle will find its way to NYRUSH. NYRUSH.com is based in New York city and is managed, operated and published by iConcept Media Group.

Any cookies that may not be particularly necessary for the website to function and is used specifically to collect user personal data via analytics, ads, other embedded contents are termed as non-necessary cookies. It is mandatory to procure user consent prior to running these cookies on your website.